Not a surprise Once again Mark Zuckerberg the founder of Facebook made a shaking move, which could be beneficial for Facebook and will cut down the organic reach of millions of pages.

On January 11th this year, Mark Zuckerberg announced that Facebook is going to change its news feed algorithm to give more importance to content from “friends, family and groups.”  In the words of Mark Zuckerberg ,

“You’ll see less public content like posts from businesses, brands, and media. And the public content you see more will be held to the same standard—it should encourage meaningful interactions between people.

“A responsibility to make sure our services aren’t just fun to use, but also good for people’s well-being””

Hence from now it would be little tough for businesses to do well and to gain more customers from the world’s biggest Social media platform “Facebook”. As Mark Zuckerberg has clearly stated that from now their main focus would be to make Facebook more social and more interactive for people but not for business.

Mark Zuckerberg hopes the time users do spend on the platform will be “time well spent”, though it will be less but it should satisfy users.

Which business will be affected the most?

Should you be worried about your business reach on Facebook ?

If you have a considerable amount of followers on Facebook and your customers are very active on your Facebook page with good ratings and reviews then you are in a safe position. But if you have a very less amount of followers then you might have to struggle a lot. But still every problem will definitely have a solution of which we will talk about in the next section.

What you should do to optimize your social media marketing plan?

Try including questions in your posts, or write about  relevant topics that users are sure to have an opinion on. The point is, users will be more likely to see your Facebook posts if their friends and family are commenting on it. And also Encourage fans and followers to add their pages to Facebook’s see first feature.

In his announcement, Zuckerberg wrote that “live videos often lead to discussion among viewers on Facebook—in fact, live videos on average get six times as many interactions as regular videos.”

In his Facebook algorithm change announcement, Zuckerberg stressed quality over quantity. So from now Businesses need to post less content on Facebook,”. Those days are no more where you post just for the sake of posting. If your post is not meaningful and lacks quality then please don’t waste it, if you do, you will just waste your valuable time

Invest more money time and money in Facebook ads, because Facebook ads are getting much better now with improved ad targeting capabilities, so it would be good and beneficial if you invest on Facebook ads.

If you are some on who doesn’t know about advance Facebook targeting to get maximum ROI, try hiring a digital marketing agency or freelancer for social media marketing.

What can be a simple hack to increase your reach on on social media?

A very simple technique can be to ask your followers to See First after on your business page.

Changes are the way of life, whether its right or wrong doesn’t matter at all you have to accept those changes. But still you can withstand this by following the guidelines given by Facebook. 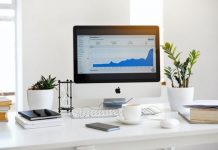 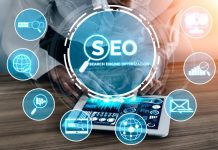 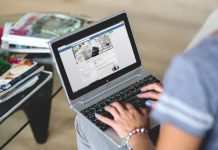 Everything to know about Business for SEO and guide to Rank...

How to do Lead Generation using Digital Marketing?

ABOUT US
STABLX is a software company based on offering clients software development, customization, and Marketing services to reach their business goals on the web. At this blog, we talk about effective Web Designing trends and digital marketing strategies and tools.
Contact us: [email protected]
FOLLOW US
© Reserved 2022 StablX